I wanted to cook some lentils bt in the end I made some cream. It was quite an experiment. 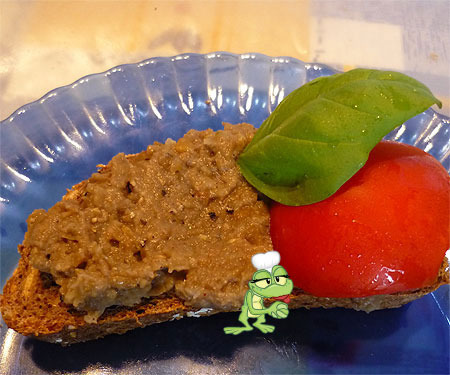 I wanted to cook a dish of lentils but when I got home I have lost my appetite for it and the weather was too hot to stand in the kitchen beside the dish. So I decided to do something more simple. A cream doesn't need me to stand there.

The day before I soaked the lentils in water but I was a little late that morning so I forgot to strain the water. This way the lentils was in the water for a night and a half day.
Afternoon I strained the water and filled up a pan with fresh water on top of the lentils and a little salt. I put a lid on the pan and I left it there to cook on slow fire. I was taking a look every 15 minutes until all of the water was gone.

Then I gave to it some red pepper powder and let it cool. During that time I cut up the onion then put it in the blender with the lentils. At the end I spiced it with pepper, basil, salt.

It's best with fresh bread and tomatoes